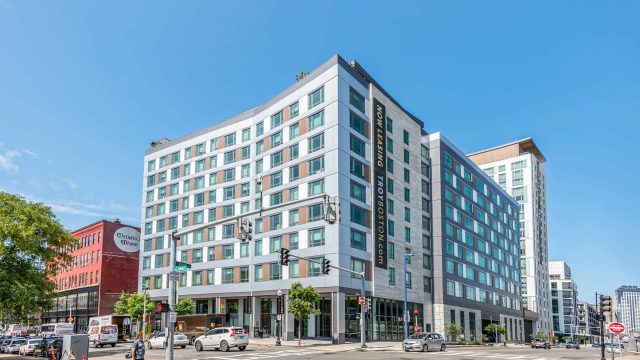 It’s hard to fathom that apartment supply in South Boston would look tighter in 2021 than it did during the September before COVID.  Vacancy rates are currently sitting higher than their pre-pandemic levels in most of Boston’s neighborhoods as well as in Boston as a whole.  The current vacancy rate for Boston apartments is 1.99%, which is +31.79% higher than the vacancy rate in September 2020 (1.51%).

Even more interesting, the vacancy rate in South Boston did not spike on September 1 like it has done historically.  Boston’s highly cyclical rental market is hinged on the 9/1 leasing date, as this coincides with the beginning of fall semester for the many local Universities in Boston.  60% of leases begin and end on 9/1 throughout Boston.

In the past, that number may have been closer to 30% in South Boston, as it did not exhibit the same student turnover historically in September as Boston.  Nonetheless, the vacancy rate had more than tripled in South Boston on 9/1 in 2018, 2019, and 2020.  However, in 2021 the vacancy rate jumped a mere 31.25% on 9/1.  This indicates that the while students left Boston in 2020 because of remote learning, permanent Bostonians moved in and absorbed most of that vacant inventory.

This will tighten apartment supply in South Boston even more than it had been prior to the pandemic, which is hard to believe.  South Boston has always boasted one of the lowest vacancy rates in Boston, and it looks like that won’t be changing anytime soon.  Look for apartment prices to go up considerably as supply dries up.

Reasons Why Protecting IP Is Such An Important Step For Founders

Best Ways To Borrow Money For Business In The USA

Robert Testagrossa – Tips on How You Can Make Money From Crypto

Considerations before investing in POS Systems

Credit Cards Won’t Change the World: But They Can Try

Yuan Pay Group Review – Making the Most of Your Trading